Samsung Galaxy S6 Edge Plus: As Usual Samsung comes with most Hotest design 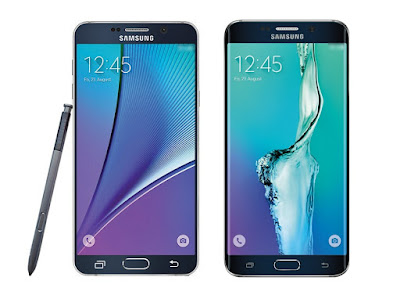 With a display of Super AMOLED capacities touchscreen with 16M colours, the size of the display is 5.7 inches. The screen is approximately equal to 75.6% screen to body ratio. The resolution of the screen is 1440*2560 pixels, and the pixel density of the screen is 518 pixels per inch. When this mobile gives a yes to multi touch, the screen is protected with Corning Gorilla Glass 4 and is also powered with TouchWiz UI and Curved edge screen.

Though this mobile does not have a card slot, the internal memory capacity that this Samsung Galaxy S6 Edge Plus comes with internal storage capacity of either 32 GB or 64 GB depending on the model, and the Random Access Memory (RAM) that this mobile has is 4 GB.

This smart mobile also has the feature of Active noise cancellation with dedicated mic. The operating system of this Samsung Galaxy S6 Edge Plus is Android OS version 5.1.1 (Lollipop) which is up-gradable to version 6.1 (Marshmallow).

With numerous amazing features which are sure enough to attract the customers towards its side, this Samsung Galaxy S6 Edge Plus is very much sought after by the users in the smartphone market.
Posted by Imran Uddin at 02:34